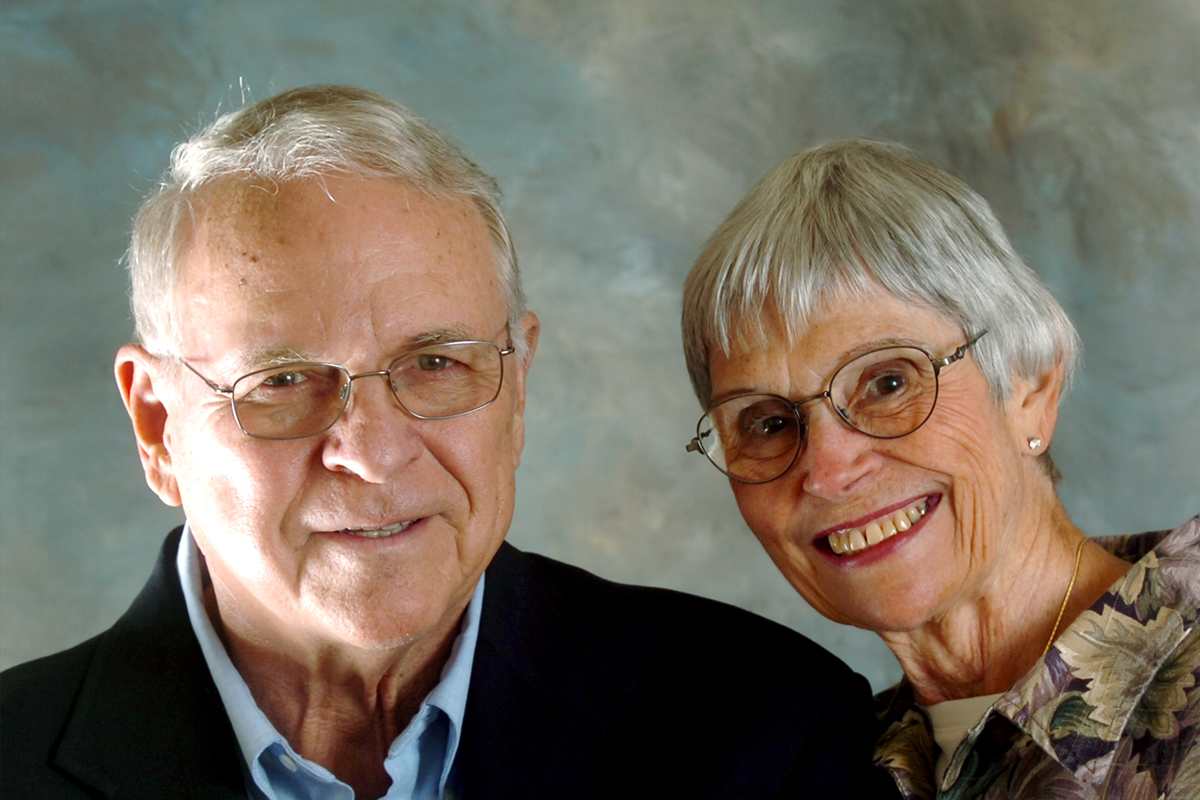 Back in 1978, Dick and Jean Bernard decided they were ready to make a change and leave their native Chicago.

They searched the country for just the right climate and social atmosphere, and settled in Ashland.

While Dick worked hard to launch a new precision cutting-tool business with his son, Dave, Jean got involved in the community, eventually joining our foundation board in 1983 and serving as president from 1988 – 1989.

Dick and Jean Bernard could attest to the fact that when you raise a family in Ashland, you will inevitably use the hospital to set a broken bone, treat an illness or deliver a baby or two. But Dick and Jean did more than simply use their local hospital. They supported it with their time, talents and financial gifts for over 30 years.

Laying a Firm Foundation of Support

An active participant on many local boards, Dick joined the ACHF board in 1995, and served as president from 2001-2002. Their son, Dave, was board president of Ashland Community Hospital, and recipient of the foundation’s 2007 Distinguished Service Award. Their daughter-in-law, Marge, was an ER nurse. Hospital involvement was truly a family affair.

“We got involved because we felt it was important to keep the hospital going and growing,” said Jean, and Dick concurred. “We love Ashland, and we think the hospital is one of the real assets of living here.”

Their daughters, Becki, Vicki, and Cindy have also contributed to the success of the foundation over the years. In 2019, Cindy followed in her parents’ footsteps and joined the foundation board, then took the helm as president in 2021.

“I’m proud to be a part of such a meaningful foundation and am excited to be involved with our expanded mission. Not only will we continue to support our beloved hospital but will also be supporting overall health and wellness in our community. I believe my parents, who were so passionate about our hospital, would be happy with our expanded mission as they loved our community so.” – Cindy Bernard

In recognition of Dick and Jean’s loyalty, expertise and financial gifts to the foundation, Dick and Jean received the Distinguished Service Award in 2006, and were later appointed to the Emeritus Board.

They were also the inspiration behind the creation of the Bernard Society. Established in 2013, the society honors those who have contributed uninterrupted to the foundation for 10 or more years. Dick and Jean’s consistent giving spanned across four decades, and they remained both interested and invested in the work of the foundation until their passing in 2015 (Jean), and 2019 (Dick).

“I hope my parents would be happy to see that the foundation they were so committed to is still working hard to be a leader in support for community health and our hospital.” – Cindy Bernard

All contributions to Ashland Community Health Foundation are deductible to the extent legally allowed. Our tax ID number is 93-0691238. If you would like to donate to the foundation, please donate online or call our office at (541) 482-0367.