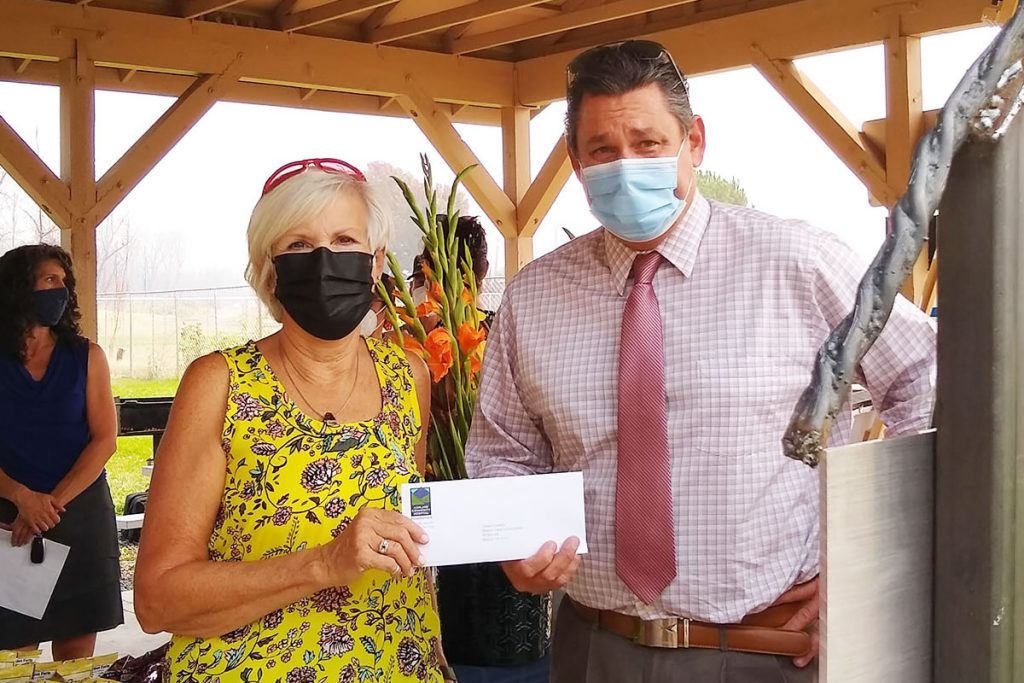 Over the summer students in the Phoenix-Talent School District worked with Talent Maker City to create metal manzanita sculptures.

The sculptures commemorate the resiliency of the community after the Almeda Fire. The manzanita was chosen as a symbol of resilience because, in order for new manzanita plants to grow, they need fire to awaken dormant seeds in the soil.

Four interpretive signs and two sculptures were placed along the Bear Creek Greenway. Sculptures were also placed at schools in the district.

Additionally, two sculpted manzanita branches were gifted to McKenzie River and Santiam Canyon School Districts, as those districts were also significantly impacted by fire on September 8, 2020.

It has been a distinct honor to be part of this project. At a special ceremony on September 7, Cindy Bernard, Board President, was pleased to present a grant to Brent Barry, Superintendent of the Phoenix-Talent School District from the Help Our Kids Thrive Campaign.

An Update on the Help Our Kids Thrive Campaign

Why is The Creek Important?

How Can We Restore The Greenway?

What Was The Almeda Fire?

Manzanita: A Symbol of Resilience