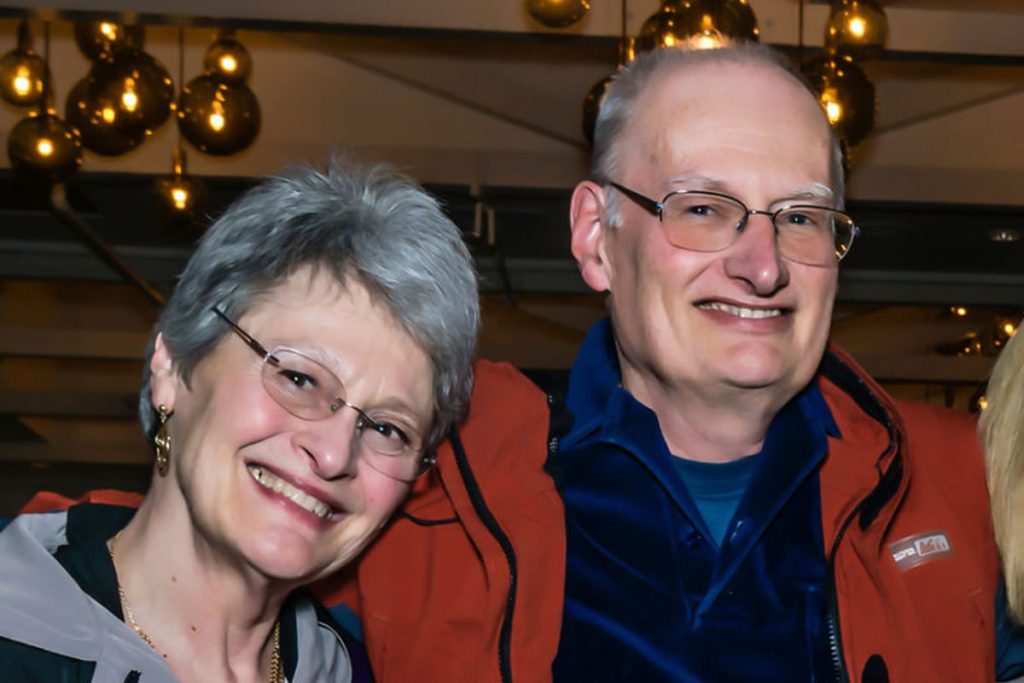 For over four decades, Diane Williams and her husband John Engelhardt have been dedicated supporters of ACHF.

According to Diane, a retired pediatrician whose practice was across the street from Ashland Community Hospital, she remains indebted to the staff and facilities that the hospital provided to her patients.

During her time on ACHF’s board she participated on several committees, including the stewardship, development, executive, and Evans Nurse Scholarship Selection committees. Diane left the board in 2015, but has continued her service with the foundation by remaining a member of the scholarship committee.

Diane and John are both active in our local community – you might know them if you have kids in Ashland schools or programs! Diane has served as the medical director for the children’s summer program at Camp DeBoer – Ashland Family YMCA , and as a provider at the School-Based Health Center for the Ashland School District. John has also been a volunteer with Ashland High School and the Boy Scouts of America. They both volunteer their time with St. Vincent de Paul helping residents of Ashland and Talent with rental and utility needs.

Decades of Support to the Foundation

Diane Williams and John Engelhardt have been supporting the foundation since the early 1980’s. In recognition of their loyalty, they are celebrated members of the Bernard Society and Lifetime Members. In addition, we are able to recognize John and Diane through our Legacy Society, as they have chosen to include the foundation in their estate plans.

“Over the years, Diane and I have tried to be thoughtful in allocating our gifting, spreading it across many educational, environmental, spiritual, and social service entities,” says John, a retired Southern Oregon University math professor.

“But as a final parting gift, we narrowed things down to just a few that well-represent what we believe in and hold dear.”

If you and your family are like John and Diane and would like to know more about including the foundation in your will or other estate plans, please contact Kathleen Mackris at (541) 482-0367. Leaving a bequest to Ashland Community Hospital Foundation can have a lasting impact on the care and services we offer to this community.