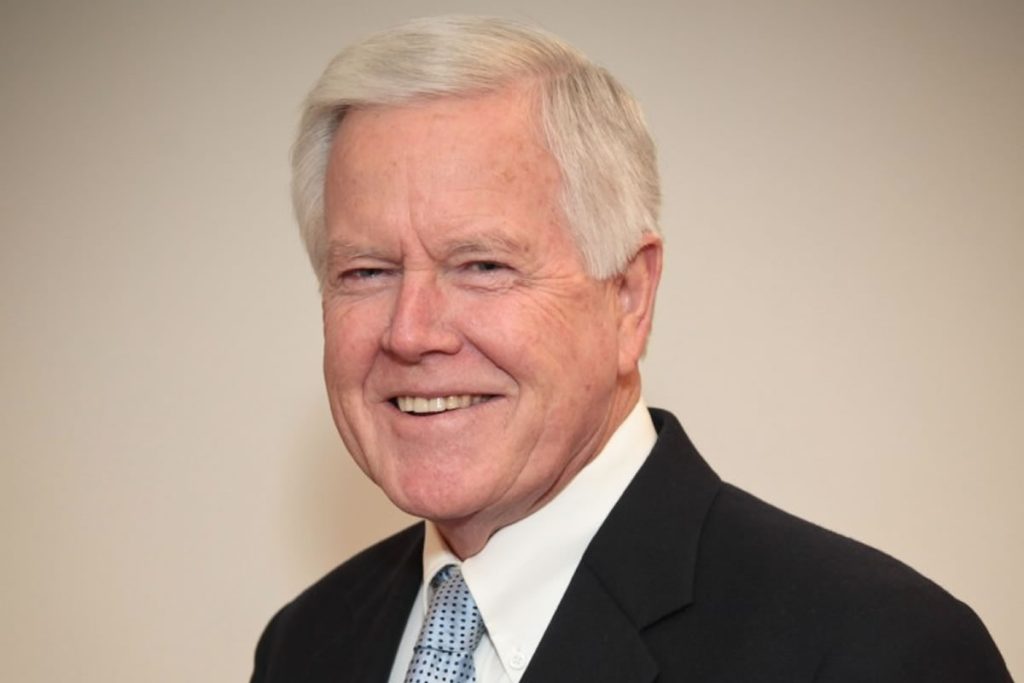 Brian came to Ashland as city manager in August 1970. The hospital was then a city department, and the new city manager quickly committed to helping it thrive.

He worked closely with five hospital administrators, four of whom were also city employees, and in 1996 helped guide the city’s process to privatize the hospital.

Then-mayor, Cathy Shaw, and hospital administrator, Jim Watson, worked with Brian to create a new nonprofit corporation that would lease and operate the hospital. The arrangement helped the hospital compete in the marketplace and work collaboratively with other area hospital partners, while freeing it from the political realities of operating as a city department, Brian explains.

After 28 years as Ashland’s city manager, Brian retired in 1998, joining our foundation board the next year.

Sandra Slattery, Executive Director of the Ashland Chamber of Commerce, has known and worked closely with Brian for over 35 years and says she was pleased to see him dedicate his time in retirement to the hospital and foundation.

“He had an intricate knowledge of the workings of the hospital and he had a personal commitment to keeping it in Ashland,” she says. “He had all this experience as an administrator and he was taking that expertise to move the foundation forward.”

Brian speaks proudly of the partnerships that have developed among the foundation, the hospital, school districts, the Ashland Chamber of Commerce, Southern Oregon University, Rogue Community College, and other organizations.

“We’re fortunate to have wonderful people in so many agencies doing things together,” he says. “These partnerships have been very important to Ashland’s success.”

Brian retired from the foundation board in 2012 after 12 years of service. Brian now participates as an emeritus board member. However, the time he gave as a board member is just one chapter in decades of work he has done to help keep Ashland’s community thriving.

A History of Helping

During his board tenure Brian served on the foundation’s real estate, finance, and strategic planning committees. He also served on the asset management committee as the hospital negotiated a new affiliation with Asante. He continues to be an active volunteer on the asset management committee. In 2010, he received the Distinguished Service Award for service to the community through the foundation.

“I’ve thoroughly enjoyed working with this incredible board,” Brian says.

In addition to his steadfast volunteerism, he and his wife Ruth Ann are members of the Bernard Society, in recognition for their unwavering support to the foundation since the 1980’s.

To make your own tax-deductible contribution to the Ashland Community Health Foundation, you can donate on our website or call Kathleen Mackris at (541) 482-0367.