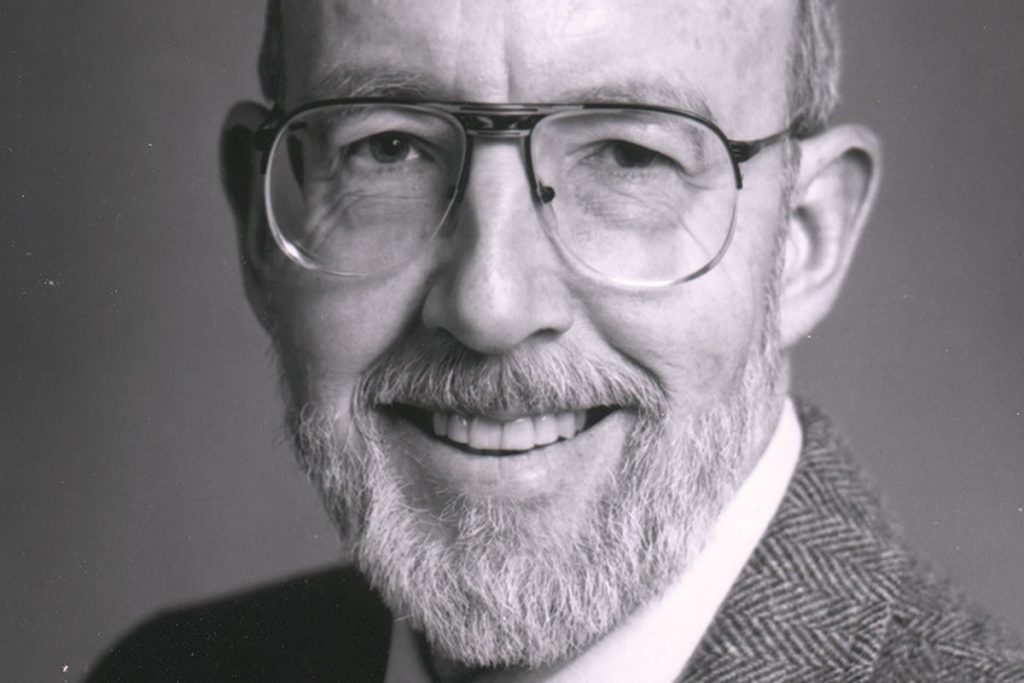 It’s not uncommon for members of our community here in Ashland to be unaware of the exceptional quality of care Ashland Community Hospital is known for—until they need it themselves.

When Bob Holbrook retired to Ashland in 2004 after a career teaching economics at the University of Michigan, he knew there was a community hospital up the hill, but as he said, “That was about it…until I was admitted and needed help.”

After surgery Bob was so touched by the compassionate, attentive care he received he sent a donation as a way of saying thank you to the staff. Several years and a few ER visits later, Bob was struck each time by the exceptional care he received and sent donations to the foundation to show his gratitude. “Each time I was just a patient, nothing special,” exclaimed Bob. “But I was made to feel special by the compassionate care I received while in their capable hands.”

When Kathleen Mackris invited Bob and other donors to tour the birth center renovation in 2016, he was impressed with the project, but couldn’t help but notice how little space there was for the hard-working caregivers to relax during breaks. “After that tour,” said Bob, “I knew exactly where my next gift would go. I wanted to help renovate the break room.” Bob kept the momentum going, generously contributing to several more break room renovations throughout the hospital, knowing that these projects would directly impact the health care workers he appreciated so much.

Sadly, Bob Holbrook passed away in May of 2021. His final gift was completed the following September, and was one he was quite proud of. In an interview, Bob explained, “Once the break rooms were renovated, I had the opportunity to visit the cafeteria, another place our hospital workers rely on daily. I saw it could use some improvements and decided this would be my last project.”

The AACH cafeteria transformation resulted in an intimate and updated space that has the look and feel of a café. The cost was close to $224,000 and included new floor coverings, paint, furniture, lighting, cabinetry, and reconfigured layout to make it more efficient.

Kathleen Mackris remembers Bob fondly, “He was such a thoughtful, caring man. Bob often remarked how much it meant to him to know that his small projects were making a big difference for our community hospital.”

The impact of Bob’s donations were indeed significant and the relationships he developed with foundation board members and hospital staff as the result of his care will remain. “It was their job,” explained Bob in his final interview, “but the graciousness and kindness I felt went above and beyond. They did that for me and so I wanted to do what I could for them.”

To make your own tax-deductible contribution to the Ashland Community Hospital Foundation, you can donate on our website or call Kathleen Mackris at (541) 482-0367.